Review: Árný Margrét — ‘They Only Talk About The Weather’ 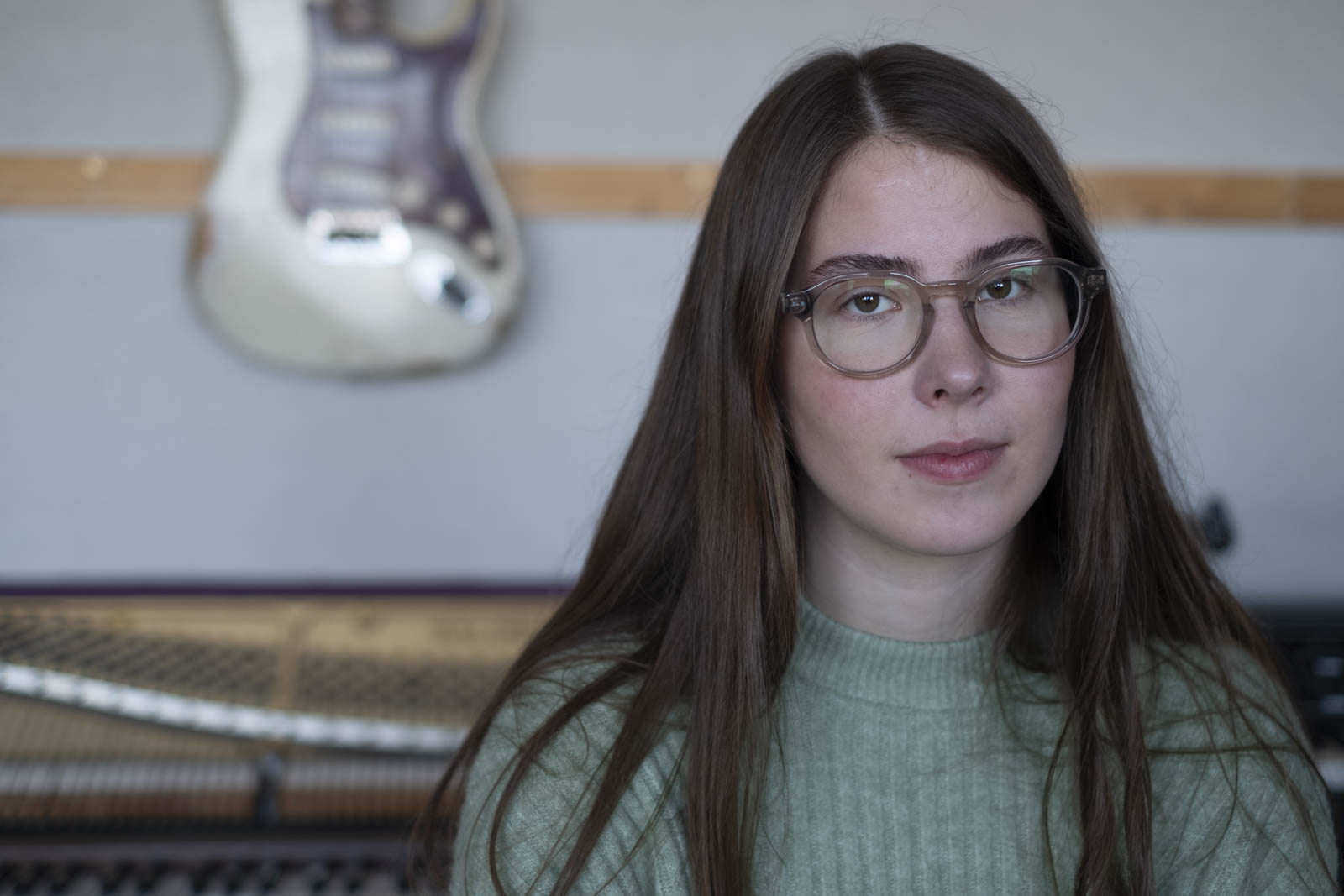 It’s a damn long way from Iceland and New Zealand; the two countries are about as far apart as it’s physically possible to get on this globe. And having hauled my life from one to the other in 2022, I can vouch first-hand for the scale of that distance.

But there’s much to link my new South Pacific home to that remote North Atlantic rock: the majestic glaciers and mountains; the hot geothermal action and volcanoes; and the fact that daily life is often at the mercy of a capricious climate.  I was in Iceland when I first came across the creator of one of last year’s best albums, but her haunting music has followed me south. And it makes as much sense down here in Aotearoa as it did in the Land Of Fire And Ice.

Folk from the fjords

‘They Only Talk About The Weather’, the first album from 21-year-old Icelandic singer-songwriter Árný Margrét Sævarsdóttir, is rooted in the rock, moss, ice and snow of her homeland. The title reflects her experience of growing up in Ísafjörður, a small town tucked snugly between mountain and fjord in Iceland’s rugged northwest. Like the land that gave rise to it, this brooding 10-track folk album is a thing of sublime beauty.

Like many Icelanders, Árný Margrét spent much of her childhood wintertime confined indoors by hostile elements and short daylight hours. That led her to uncover her musicality, first through time-killing piano lessons and then — starting only seven years ago — through an acoustic guitar, which immediately became her musical love. Her early influences included Aussie folk-rockers The Paper Kites, and it’s not hard to trace Árný Margrét’s gentle, accurate guitar-picking style straight to them.

All the album’s songs stay true to that solo acoustic root, despite the fact that the majority of them are augmented by a selection of drums, pedal steel guitar, piano and bass. The recordings were developed by Árný Margrét and her mentor — producer Guðmundur Kristinn Jónsson — over a year or more of sessions, and when those extra instruments are introduced they manifest simply as a gentle evolution of musical mood. For example, when sparse opening track “Whatever It Means” gives way to the lush “Cold Aired Breeze”, the expanded instrumentation leads to a blossoming of the listening experience so subtle that it’s hard to pinpoint exactly what has just changed.

Love and longing, regret and joy

Of course, the album’s title — ‘They Only Talk About The Weather’ — is a reference to the good folk of Ísafjörður. A healthy interest in what’s going on outside is understandable when you live only a hair’s breadth south of the Arctic Circle: where a single snowfall can casually sever access to the rest of the world, and avalanches are an accepted part of life.

There’s a danger, however, that such talking points simply offer cover to duck the more meaningful stuff. Árný Margrét’s lyrics reach beyond the weather into themes of love and longing, regret and joy; her ardent hope is that the conversation will follow suit.

But thankfully she also has a gently sardonic take on overfamiliar romantic tropes. In closing track “Abandoned” she addresses a romantic transgressor: “I don’t know what to say, I got nothing. And you know I’m not calling in the morning.” When this wind blows cold, you’d better be dressed for Icelandic chill.

The only thing lacking on this album is a song in her native tongue. They do exist in Árný Margrét’s ring-binder — ”Raddupptaka 001”, for example, would have been a lovely fit with the rest of this material.

But she probably had more than would fit on one album, a common situation when an artist writes for years before getting the chance to record any of it. And perhaps artist and label — the London-based legend One Little Independent — have their eyes set firmly on the international market, where anything non-English might scare the horses.

But there’s power in the human voice as a pure instrument; unintelligible words can be strongly evocative. And Icelandic, even if you can’t understand it, has a beautiful musicality in its own right.

Lyrics aside, the gentle strength of Árný Margrét’s voice rightly demands some spotlight. Inviting parallels with Phoebe Bridgers in her quieter moments, its tremulous nature is even occasionally reminiscent of the legendary Jeff Buckley.

‘They Only Talk About The Weather’ by Árný Margrét is available in digital and physical formats via Bandcamp.

← Review: Springsteen's 'Letter To You' Is A Masterclass In Heartfelt Delivery
BACK TO BLOG