In 2009, BBC 6 Music formed a partnership with London festival The Camden Crawl.

For years the Camden Crawl organisers had tried unsuccessfully to persuade local legends Madness to play their festival. So I came up with a novel approach—The Madness World Tour of Camden—in which the band would deliver a series of unique performances at iconic musical locations around the north-London borough.

I arranged an open-topped London bus to take Madness around selected Camden music venues, with band members jumping off to deliver a “guerilla busking” performance for festival crowds at each one. Meanwhile, Steve Lamacq broadcast his 6 Music show live from the bottom deck, reflecting the tour and talking to other local musical luminaries who were getting on and off as the bus toured the Camden streets.

The bus finally stopped in the heart of Camden, pulling up behind a pre-built stage to form the backdrop to a surprise Madness gig featuring the full band.

By following my creative approach with careful planning and execution, I satisfied all interests across a diverse range of stakeholders – the artist, the festival, 6 Music and our audiences. This partnership delivered added value for the Camden Crawl, and some unique content for the station. The project won a BBC Radio Production Award for the Best Technical Execution of an Event, which I accepted on behalf of the team. 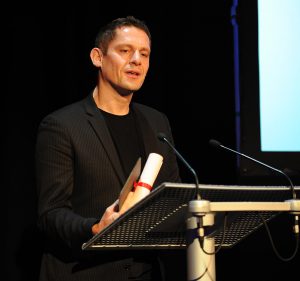